Since November the page has been down because of a technical issue and since I don’t check it very often I haven’t even noticed. Sorry for being offline for so long, I’ll try to check in more and post stuff.

Alright guys, the M1x3d Up album is available at your favorite digital music or streaming service. I’m very happy with the album since it takes me back to the roots of my remixing journey. Enjoy!

I have also received some requests for FLACs, I will see if I can sort that out in some convenient way.

I’m not very frequent with my posts but that doesn’t mean I’m inactive.

The first track I made for the album was a Flimbo’s Quest remix of the title theme which was an easy choice since the Flimbo remix on my first album by far is the most popular track on Spotify (approaching 500k!). Thanks everyone who keep listening to my music, this is what motivates me to create new stuff.

The main reason I’m releasing an album as opposed to singles is the convenience of releasing several tracks at once without the need to make new album art, submissions etc. Besides, I like the way albums are displayed in Spotify. The album is more of an “extended EP” and not a full album since it only has 8 tracks. Some of the tracks are old remixes which never made it to commercial platforms but by working out the copyright stuff and remastering them now have found a way to your favorite streaming service. 4 of the tracks are original compositions I made some years ago which I remixed/remastered to make them fit your ears better. Although the styles of the tracks are a bit m1x3d (hence the album name), the primary direction of the sound is a classic 90’s dance style with SID sounds and crispy arp chords – the classic IR sound. This is what I think most fans will appreciate. 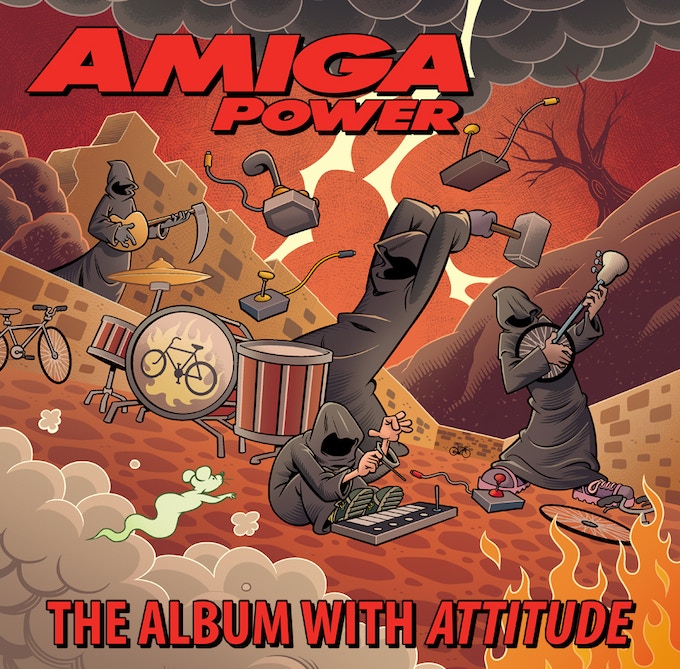 And now it’s finally launched, the super cool Amiga Power: The Album with Attitude! If you liked the Amiga music, this project should be interesting as the artist lineup is really something extra. Check it out! 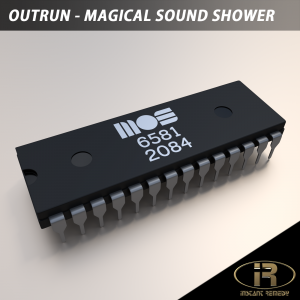 A remastered version of my classic Outrun remix is now available on streaming services (Spotify, iTunes etc.). This has been a request for some time now so I decided to dig up the original .wav file and tried my best to bring up the quality. I also found the remix to be one of my favorite remixes of the past.

The task was not the easiest since the source material was made over 20 years ago. While the sonic quality doesn’t compare to productions of today, I think it’s safe to say it sounds much better than the MP3 circulating the Internet. And it’s more widely available. Enjoy!

Hello guys!
I want to get your attention towards a very interesting project I’m being part of – Amiga Power: The Album With Attitude.
The project has a really impressive lineup of talents of both original composers from back in the day and remixers. I’m contributing with 2 remixes, one from a demo and one from a game.

The Kickstarter campaign will begin shortly but you can check out more about the project here:
https://twitter.com/Amiga_Square
https://www.facebook.com/profile.php?id=100025232384399

Yay, the old Instant Remedy album is up again on Spotify and other streaming services.

This was an important step for me to do since I learned how to declare copyrights etc. for remixes to distribute commercially. That means it will be much easier for me to make a remix and get it out for everyone to enjoy in the future.

I already have a few remixes waiting to be sent for submission. And at least one new remix is in the works.

I want to inform the fans of the Instant Remedy SID remixes that they have been taken down from various streaming services due to a contract ending recently. The Album will be submitted again but it may take a month or two to get everything sorted among all my other real life duties.

I also stumbled upon a remix on my HDD which I made quickly for a request I can’t really remember. It’s a remix of a remix of the version I made for the Amiga ID2 album. Check it out below (Soundcloud).

Another attempt in the struggle to update my sound towards contemporary electronic music. Although blaspheming by excluding the original arp-chords I feel the track came out pretty neat and met my expectations and goals I set up. It’s full of energy and some french speech spice things up even further.
Also on Spotify: https://open.spotify.com/track/0cHLYKedUZFiJOBFLXjnyk
[soundcloud id=’276084284′]

Time to present a little different creation – my first attempt to produce an EDM/house style track. I think it came pretty close to what I had in mind. It has been properly mastered by Holger Largerfeldt so it sounds pretty slick.
Also available on Spotify: https://open.spotify.com/track/4EtMZhVZl1ZGluQfWib9P0